February 26, 2015
"Wine is not a solitary drink. It is essentially sociable, and one of the greatest pleasures it has to offer is the sharing of it..." - The World Atlas of Wine, 7th edition 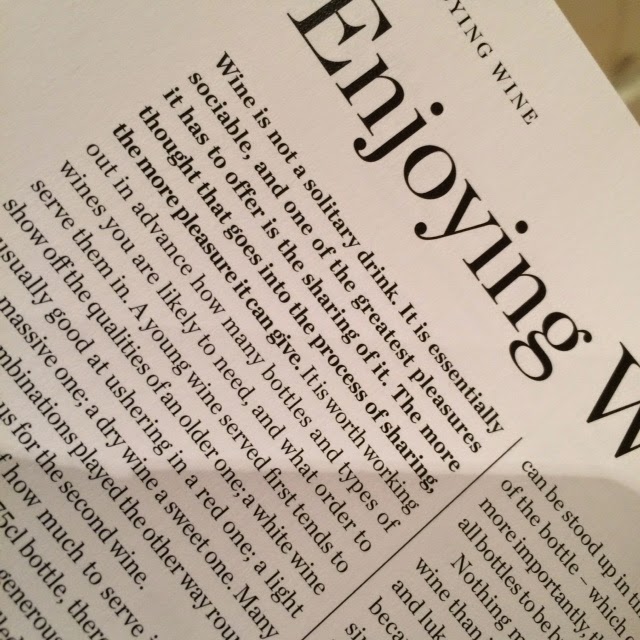 Twitter has been playing on my mind of late. I mean, it’s always on my mind – which is kinda the point. Twitter has an omnipresence and my thumb is addicted to the swiping movement.

The immediacy and intimacy of social media makes me a voyeur. Which I love, and hate – in equal measures. I wonder what Lacan and Mulvey would say about it all. It means that when meeting someone in person, I can say, non-murderoulsy, but still creepily “I know what you did last summer”.

I don’t know how I feel about that.

I eavesdrop (twitter-drop?) on conversations between people I follow, and so I know details of people who have no idea that I even exist!! And I’m ok with this. Most of the time. I don't what that says about me?!

When looking at my phone the world narrows, it feels like blinkers are on as I sink into a world of timelines. And when I look up I get a shock at the breadth of vision I have - my eye accustom to a tv, when the world is on wide screen.

In so many ways twitter is a great leveller. We have heard about the relationship between twitter and the Arab Spring, and I have seen first hand people from Malaysia taking part in global discussions around race and politics where their voice, within their own country, would have been silenced. Everyday Sexism laid bare what 50% of the population already knew, but no one was talking about. Projects and platforms like Media Diversity would have struggled to make as much impact without twitter.

As a mixed-race woman twitter has made me feel that my voice can get heard - and sometimes it really does! In June 2014 I wrote a piece about privilege and race. It was posted on a friend's research blog and was tweeted out - somehow, somewhere, it touched people and within 24 hours it had been read by over 400 people worldwide and WordPress featured it as one their posts to read that week. That was done all via tweets.

I have been able to interact with people that I would not have meet otherwise - from academics, artists, ordinary people, famous people… and I have gotten work from twitter! As you probably know, I work with Dan Doherty on the Chefs of Tomorrow project, we did meet IRL, but it was really the twitter contact that brought us to working together - and then Ming tweeted ‘need any photos/film stuff’ and the rest is history!

Because twitter is also seen as a place to promote, connect and a tool for work, a lot of people are great at getting back to you. And so you feel part of a bigger conversation, no matter how trivial the conversation might be. That instant feedback is great too - if you are using it try out some ideas!

Of course, let us not forget the fact that twitter is a place where people hide behind; with anonymity they hold fear and hate close at hand to spew out nastiness. And this nastiness is predominantly aimed at women. The need to silence people who are outside the status quo is phenomenal, and something I never really knew existed until twitter, and reading, watching, seeing how people ‘trolls’, treat other people. It’s heartbreaking, and simply terrifying.

But I do want to think about social media with positive realms, and with that it has really been around food and academia that I have found such lovely connections, some real friends. And it has been mainly friendships with women that I have developed.

The professional food space is (predominantly) dominated by men. Male critics, male chefs… but I feel that the outskirts - which may include bloggers, but definitely include the average foodie - include a lot of women. They are positive, cheerleading, supportive - on hand with input, wit and often a smile, and always a positive spin.

I’m going to make a sweeping statement, but I stand by it - female foodies are feminists.

Across food and drink conversations on twitter, I have had feminist discourse, strong discussions, excellent insights and open mindedness woven into restaurant recommendations and gorgeous photos of food. These women are smart and articulate and not afraid to be complex individuals.

And it was because of some excellent twitter and instagrams chat that I ended up at Sager + Wilder on a February, Tuesday evening with Katie de Cozer. After much ‘omg, you like the same places as me - we should totes hang out’ tweets, we finally got a date in the diary. Shit. WHERE TO GO!?
With so many options we decided on somewhere easy, and classic.

Now - I know you may feel that Sager + Wilder is too new to be a classic, but you are wrong. They are absolutely a “Penguin Classic”.
(But, if you do have very strong timeframe concept of what a 'Classic' is - even a modern one - then reset assured, I have no doubt it will become a stalwart of the London restaurant/bar industry.)

The other reason we chose there, not just exciting wines, was cheese. Cheese toasties. Delicious, melted cheese. Basically all you want on a winter’s night. As well as cheese snacks we had a bottle of Pinot Noir. After a LOT of debate. It’s a difficult one, because in a place such as Sager + Wilder you want to try everything, so going by the glass makes sense. But we also wanted to relax, gossip, solve the worlds problems in the comfy candle lit space of S+W, which a bottle is more conducive to. On a winter’s night, you could go for something richer, and heavier than a Pinot Noir. But it was a Tuesday, and what Pinot Noir lacks sometimes in body, can be made for in complexity, IMHO. It's a lovely wine that doesn't take its self too seriously, but is still satisfying in a food-like way, which is what I want from a red. We had the S+W’s pinot, which isn't too light and it was perfect match for the style of relaxed, full-of-chatter, evening.